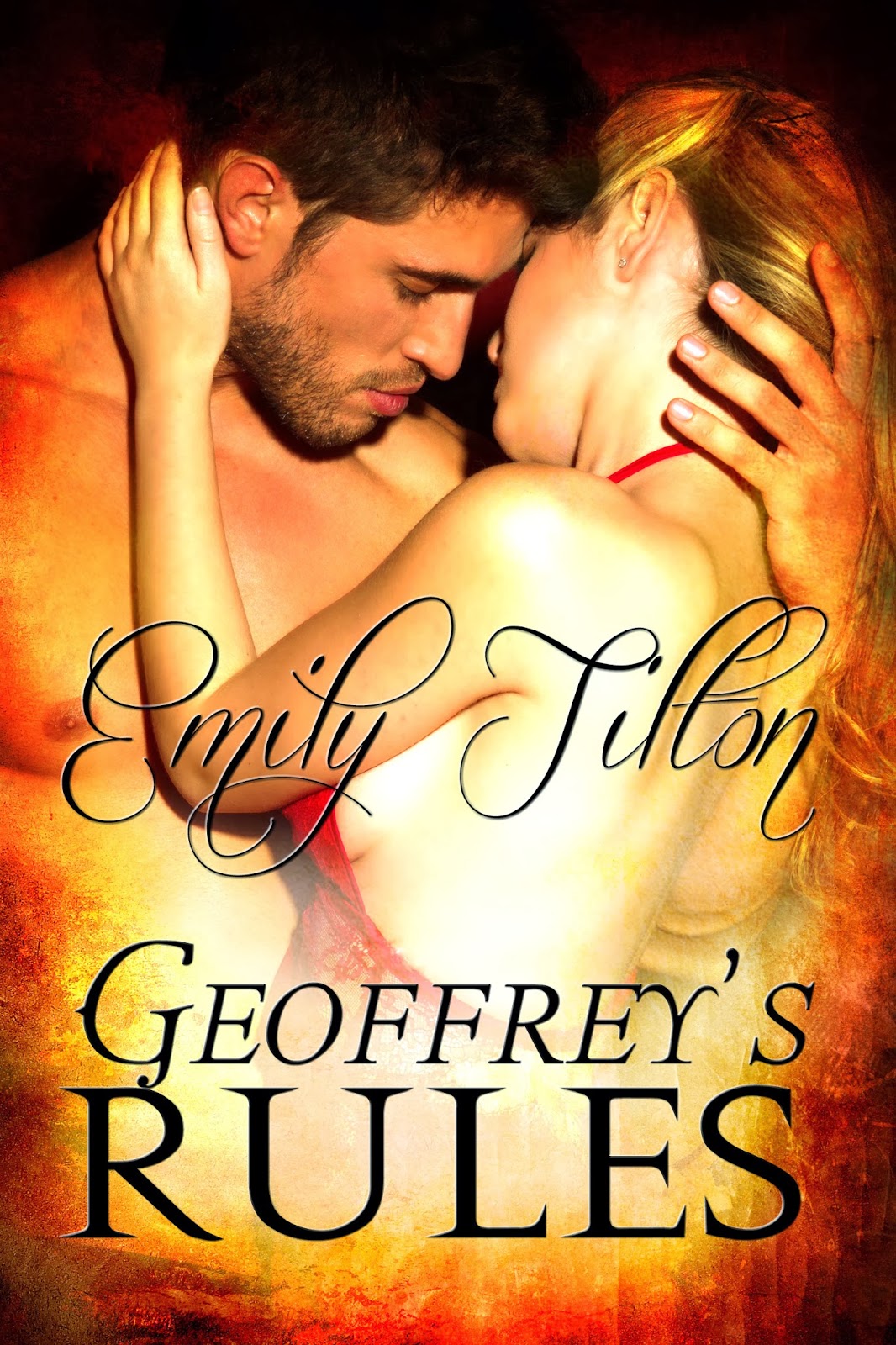 The idea for Geoffrey's Rules came from reflecting, as I was brainstorming possible plots, on the way I used to feel when I was in graduate school, when I had entirely too much unstructured time on my hands in the library. I might as well confess that I was guilty several times of the "offense" that gets my narrator-heroine into trouble.

I gritted my mental teeth and read a sentence about the significance of Proust to the birth of the modern. Goddammit, why had I read Maud's Master for an hour with my hand up my nightgown that morning instead of getting up and starting to read what I should have been reading?

And why, thinking about it here in the café, did I want nothing more than to get up, go to the bathroom, lower my jeans. . .

Ah, Hell. I only had ten minutes, so I grabbed my bag before I went in there. As soon as the door was closed I dropped my bag and turned to the mirror. Chestnut hair to my shoulders, angular face, no make-up around my hazel eyes. Currently wearing a jeans jacket over a long-sleeve blue T-shirt on top. Down below, I was lowering my jeans quickly, to rest around my thighs, the white cotton panties atop them. With my left hand I raised the front of the T-shirt.

Why did I always whimper when I saw myself--my self, I always thought, the me between my legs--in the mirror? What the Hell was wrong with me? Why did I always pretend that the hand (my own hand) that began to stir the soft hair between my thighs was a guy's hand--no, really, not just a guy's hand but the hand of a guy like Jeff the spanking security guard? And now, now he wanted more. He wanted more, and he wanted it immediately: the fingers pushed, invaded, I gasped, said "No! Please!" I closed my eyes.

The door, which I had apparently in my haste neglected to lock, opened. My life changed, for as it turned out I had found a very serviceable way to be naughty.

My life didn't change immediately, though, for all I heard from the other side of the door was a man's voice saying "Whoops! Sorry!"

I waited, my heart beating wildly, for a full minute, hoping desperately that I wouldn't be seen exiting, and above all that there would be no men outside the door. With a flushed face and an inability to raise my eyes from the floor, I emerged, having judged the angles in the bathroom and realized that if he had been looking straight ahead as he entered, he would absolutely have seen me in the mirror, with my fingers buried deep between my thighs and a look of wild erotic abandon on my face--he might even have heard me say "No! Please!"

I tried to shuffle out, but a female barista called "Hey! The guy who was here wanted me to give you this." I turned, to see that she was holding out a business card.

It said, on the front, with phone number, email, and URL. I turned it over, and my blush returned instantly. In block letters written in ink, it said, "You were naughty. It appears to me that you need discipline. If you are interested, let me know."


For as long as she can remember, Chloe has imagined what it would be like to be utterly and completely dominated by a man. When she meets Geoffrey—a man who can make her blush red with shame and quiver with lust at the same time with nothing more than a word or a glance—Chloe begins to wonder if her fantasy could become reality.

As hot as her desire burns, though, Chloe struggles with herself. How can a modern woman feel this way? Should she not berate herself for longing to be taken over her man’s knee for a bare bottom spanking? No matter how she yearns for it, does she really belong on her knees at Geoffrey’s feet, naked and waiting for him to take her any way he pleases?

When Geoffrey offers her what she knows deep down she has always wanted, will she turn him away, or will she submit to his rules and allow her new master to take her fully in hand?