An author who should not be humble: Renee Rose 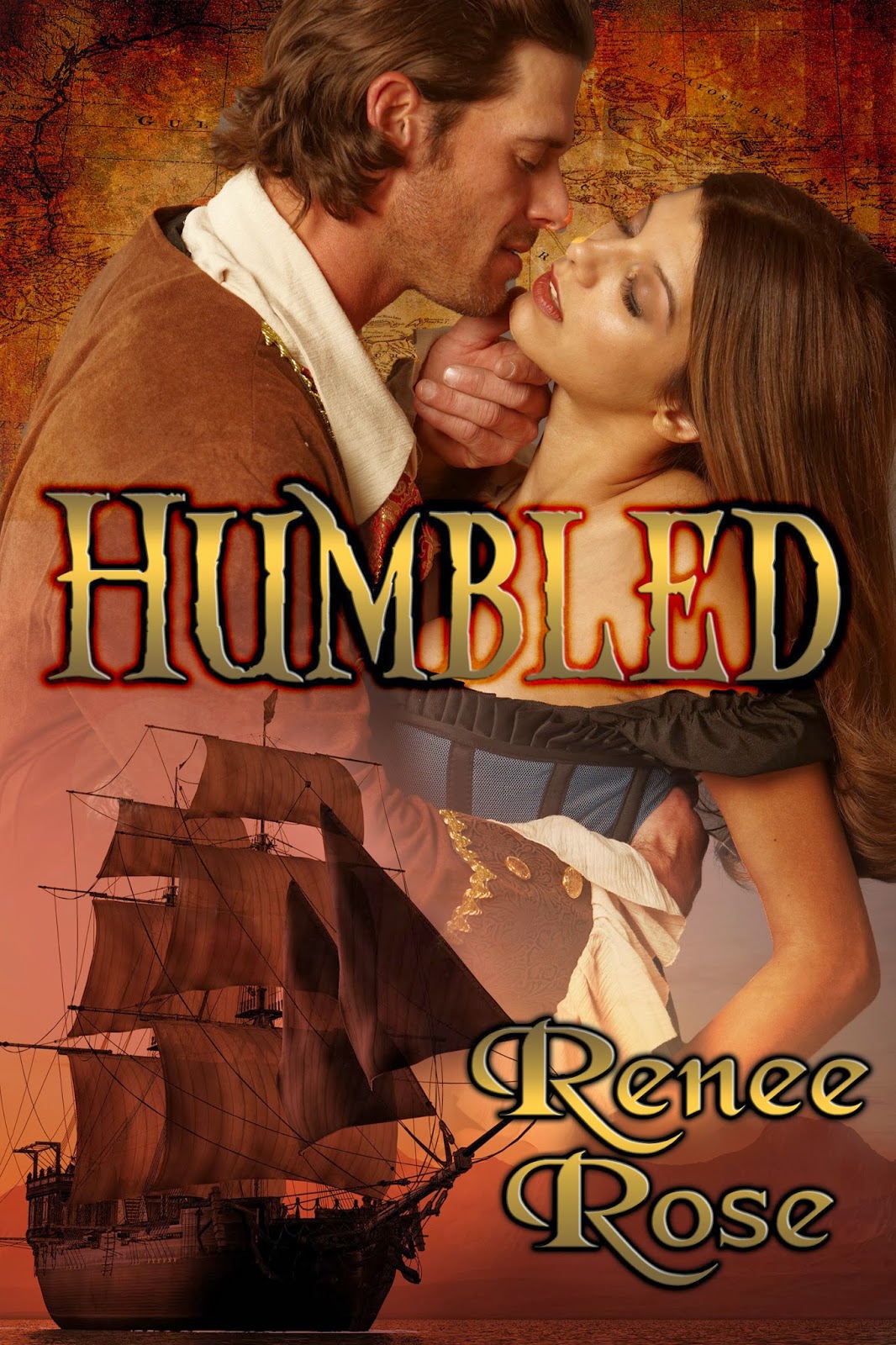 It's a tremendous honor to welcome for this episode of "Emily's Questions" one of the very first, and very most generous friends I made when I started publishing my erotica last March. Words can't express my gratitude to Renee for her help and her advice. The excerpt Renee's chosen from Humbled, which is just wonderful, is one of my very favorite moments from the book, as well!

I had never considered my spankophilia to be an orientation until I began to crawl out of the closet as a spanking romance author this past year. I had this fear previously, that I might get kicked off the PTA or whispered about behind my back. Then I realized I would never become a successful author if I can’t own up to what I write.
I was explaining my thoughts to a friend who happens to be gay, and he made the analogy to the Gay Pride movement. It truly changed the way I think of TTWD. It is an orientation, hard-wired into me since birth. It did not stem from a traumatic event, or a parenting style, or lack of Daddy love. No amount of squelching or hiding will make it go away. It is my guaranteed on-button for sex, whereas vanilla sex can be hit or miss. Though I used to try, I no longer believe it can be “cured” or ignored without damaging effects and I now find the notion that there’s something wrong with it to be offensive.

Thinking of it as an orientation, rather than a kink or fetish puts it in a “sex-positive” light. Similar to homosexuality, an estimated ten percent of the population has a D/s orientation as their sexual preference, yet it is consistently mocked in mainstream culture, the way homosexuality once was (and still is in some circles). I can only hope as I gain more confidence in waving my freak flag and writing about characters like me, others can shake off their own shame around their orientation.

I guess it would be safe to say Jean-Claude, the hero of my new French Revolution spanking romance has a similar orientation. Here’s an excerpt of a conversation he has with Corinne, the heroine:

“Jean-Claude?” Her voice crackled in the silent room.

He rolled over to face her. “Yes?”

“Did you spank your wife?”

He remained silent so long she thought he would not answer. “Yes,” he said at last.

“Forgive me, does it pain you?”

“Yes. But it is also a relief to speak of her to you.”

She wondered if the “to you” meant her, in particular, but did not have the courage to ask.

“Why did you punish her?”

Jean-Claude rolled onto his back and put his hands behind his head. “It was almost always over silver. We never had enough money, you know, and we had different ideas about what it should be spent on. She would purposely disobey my wishes, accepting I would whip her for it, and remain determined with her decision.”

In the darkness, she thought she saw a rueful smile on his lips. “It was hard to be angry with her, she would confess so humbly and offer herself up for chastisement.”

“You liked punishing her.”

His eyes slid sideways. “I guess I did--most times. She was so terribly sweet about it and she rarely cried, no matter how hard I punished. She only cried if I was truly angry--she knew, I suppose--and then she would weep before I even began. Those punishments I never finished.”

She had pressed the fingers of one hand over her sex, but dared not move them. She burned with curiosity about their punishments--did he rub his wife’s bottom and touch her between her legs during them? Did he take her afterward? and how? Was it possible to take a woman in the position she had been in that evening, bent over his lap? Irrational envy for the dead woman smoldered in her chest for the great intimacy she must have had with her tender blacksmith. She fell asleep with her hand cupping her mons, discreet fingers pressing and releasing on her sex as if playing a pianoforte.

Buy Now on Amazon or Amazon UK! Here's the blurb:

Sentenced to die at age eleven for stealing a pig, Jean-Claude receives an unexpected reprieve when a young aristocrat girl takes the blame instead. When the mobs of the French Revolution fall upon her château years later, Jean-Claude knows he must save her and repay his debt, but as they begin their long flight to safety he makes it clear he is not her servant and he will deal firmly with any disobedience. Though he initially intends to send her off by ship, the beautiful, feisty Corinne inspires a fierce protectiveness in Jean-Claude that makes it hard to say goodbye.

Corinne is alternately infuriated and attracted to the handsome peasant who has no qualms about turning her over his knee and spanking her bare bottom when she steps out of line. When he ends up joining her on a ship to New Orleans, their futures become inextricably intertwined, but can a common-born blacksmith and the daughter of a lord find enough common ground to make a permanent match?

A lifelong writer, she has a B.A. in creative writing from Knox College, where she won the Davenport prize for both fiction and poetry, and the Lorraine Smith prize for literary criticism. She spent thirteen years in technical writing before she found a way to incorporate her deepest darkest spanking fantasies into fiction and express a part of her that longed to see the light. She is now passionate about supporting others in accepting and exploring their kink, whatever that may be. Please visit her blog and join the conversation!

Check her out on: