Any similarity to persons living is, well, definitely present: Her Shameful Audition 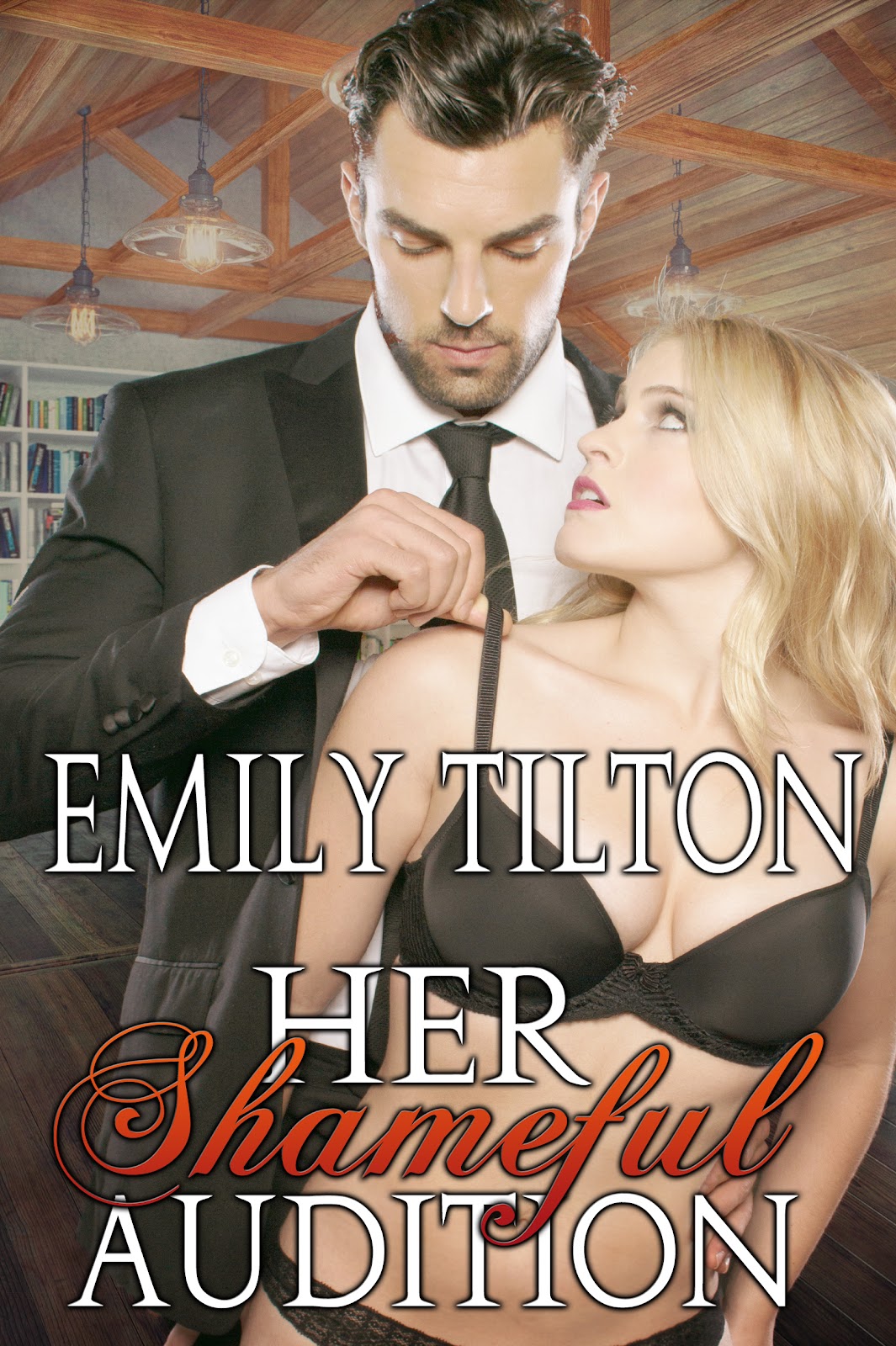 I ripped this one from the headlines, Law and Order style. A part of me feels guilty about that, just like my character Michael Rollins does here. Another part of me knows that we have to express ourselves creatively, whether on the page or in the bedroom.

“Ooo,” Kirsten said, flashing the smile again. Michael had to tell himself to keep talking, so distracting was the sheer wattage of a Kirsten August smile. “I’m nothing but open-minded. I think that’s what the guy on the internet called me. I mean, the one guy who said I…”

For a moment Michael thought she might start to cry again, but she shook her head, and rolled her eyes.

Kirsten’s eyes seemed to flash at that. “Us,” she said. “I’m going to take that as a compliment. I mean, I should, shouldn’t I?”

“Yes,” Michael said, because there was nothing else for him to say.

“But we’re not talking about any photo or photos that Michael Rollins, a 57th AD of whom I’ve never heard, may or may not have seen, are we?” Something in her tone seemed to indicate that she had chosen grim amusement over righteous fury, and Michael wondered, with a thrill of strange radiant hope, whether she had made that decision specifically in relation to him.

“We’re talking about your screenplay. Which is about love.” She narrowed her eyes at him. “So. I’m open-minded. What’s it about.”

He nodded sharply and said softly, so as not to be heard at other tables, but also without hesitation, “Kinky sex.”

Kirsten’s eyes widened, and she blushed again, much, much more deeply. Michael’s traitorous cock, God help him, stirred in his jeans, at the thought that Kirsten August was thinking about kink because he had put the idea in her head. What was she thinking? Why had she blushed?

She hadn’t called him a creep. She hadn’t stood up and walked away, or (probably more appropriate because it was her table, after all) told him to fuck off.

On the other hand, she did seem not to be particularly happy about the way she had reacted when he had, without meaning to, caught her completely off guard with his unexpected two-word response. To try to interpret this blush would possibly get him in much worse trouble even than he might have gotten into if he had tried to figure out the last one.

Just tell her the plot. You can be general about the plot, right?

“Well,” he said, looking away, toward the gleaming copper of the espresso machine, trying to pretend he hadn’t seen her turn crimson, “Girl meets boy. Girl is a rising politician. Girl does something embarrassing, and feels so guilty about it…”

“What?” Kirsten interrupted. “What does she do?”

Michael thought his heart would pound through his ribcage. “She’s trying to send a naughty picture to her husband, but she sends it to her opponent in her congressional race by mistake.”

Michael looked at her. She had set her mouth into a thin line. She seemed to be considering very minutely whether to say something. For a long, long moment, their eyes seemed locked in a single gaze, until Michael began to feel strangely light-headed, as if the two of them existed somewhere outside the real world and he was rising into the air with her, still looking straight into her ice-blue eyes.

Finally, she said, to his astonishment, “Fuck it. I’m just going to ask. Is this screenplay by any chance inspired in some way by recent events that ruined an actress’s life—never mind who the actress is?”

Michael realized he’d been holding his breath. He let it out in a sustained exhalation as he felt his face get hot. Part of him wanted to look away, but he knew he owed it to Kirsten to own up to what he had done in using her life, in a way, without her permission. More, he owed it to himself to be honest, he realized, though he knew it would end this magical moment in which he had actually become intimate with the girl he had idolized and lusted after from an impossible distance for so very long.

“Thank you for being honest, at least,” she said. “You’ll forgive me for saying that although part of me is…”

Michael knew exactly what she had been about to say. She was going to say “You’ll forgive me for saying that although part of me is flattered, the rest of me would like you to fuck off and die, dude who thinks it’s okay to be inspired by horrific events that I’ve had to live for the past three months.”

But then something seemed to change in her face: to grow softer. “No, fuck it,” she continued, cutting herself off. “No. No. I want to hear more about the screenplay. I want you to tell me the whole plot right now.”

“What?” Michael asked, feeling his eyebrows rise practically into his scalp.

“You heard me, Michael Rollins, who I’ve never heard of. I’m thinking your congress-girl gets punished, and I want to hear about it.”

Click here to buy the book on Amazon!
Posted by Emily Tilton at 1:14 PM

Email ThisBlogThis!Share to TwitterShare to FacebookShare to Pinterest
Labels: D/s