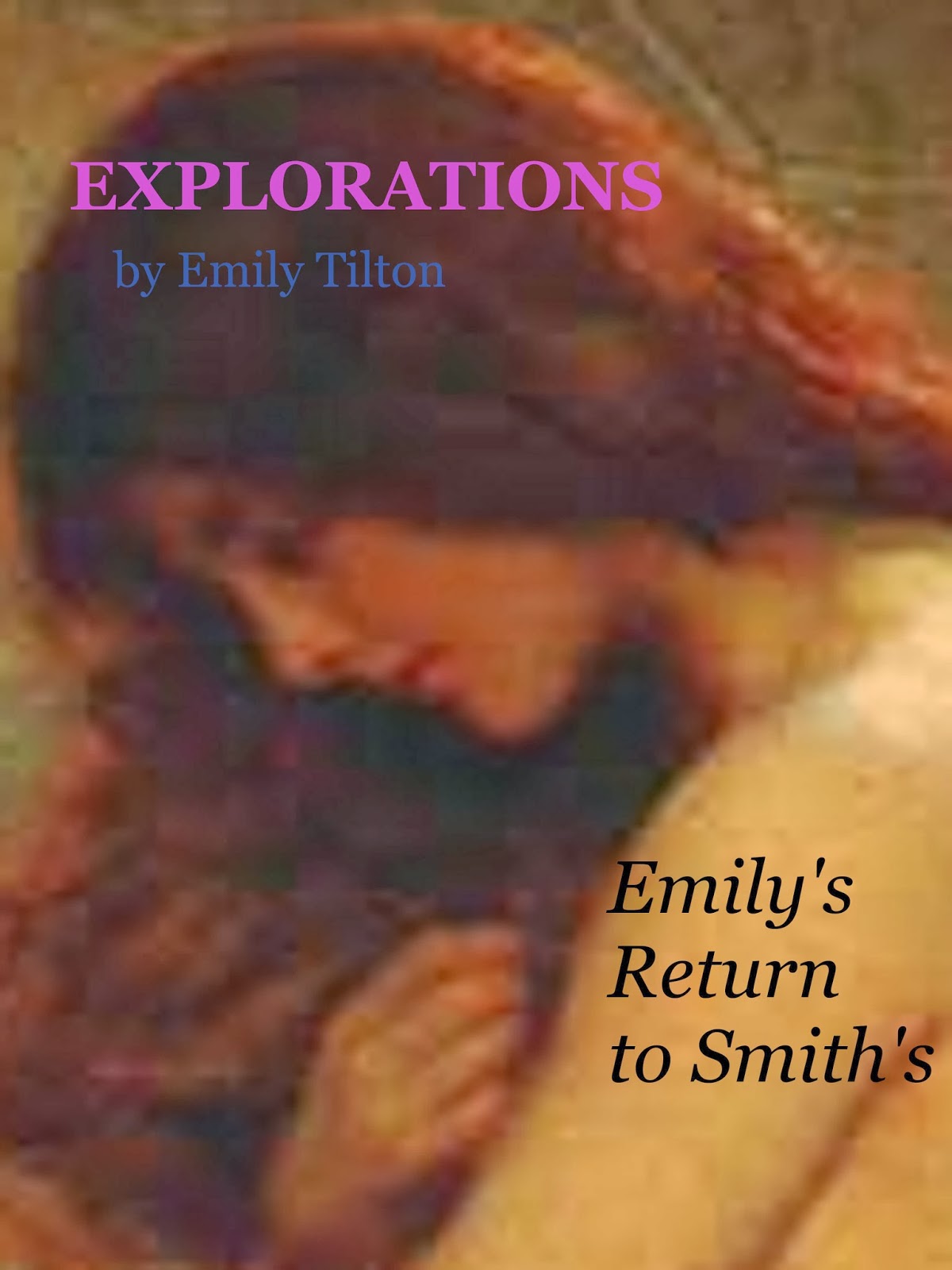 I'm thinking I need to rein in the full Lady Godiva for the cover of Emily's Journey Home, the way I did for Emily's Return to Smith's. I tried to boost Monday's post on Facebook, and got it rejected for nudity. I don't think I really need to worry about adult-tagging on Amazon, since no one is going to search specifically for the 37th volume of a series, but having the book rejected completely would be a bummer.

So I think it's back to the small, inoffensive, detail shots. In the works, though, I have real covers from a real artist for the second edition, including the massive EXPLORATIONS Omnibus that I think will appear in late Fall, clocking in at about 150,000 words. Once the three volumes of the second edition and the omnibus are out there, I'll unpublish the rest of the series, except for the free Books 1-5, and my Amazon author page will look tidy at last.

In the meanwhile, here's a tease from Emily's Journey Home's climactic description of the unique festival games of Prophettown:


The husbands took off their robes, as close-ups at waist-level gave us an intimate look at their cocks, which, almost as one, they began to rouse, for the contest ahead. Two of the wives got to their knees to help in the process, while another was made by her husband to stand in front of him while he enjoyed himself in the soft friction to be had in the valley of her bottom.

"This is just the warm-up, folks," said Joe, "in case you're wondering. We wouldn't want a couple to have any difficulties getting started, so the wives need to get those cocks good and hard."


Remember that you can get all of EXPLORATIONS so far FREE, by jumping through a few fun hoops. Go this post to find out how!

If you're still reading, here's your reward--or at least it seems to me, being just as narcissistic as your average writer, that it must be a reward: a run-down on all the Tilton that's in the pipeline, in probable order of appearance!


That's definitely enough for now--next week I'll talk about my work-in-progress, an Institute book featuring Master Leo!
Posted by Emily Tilton at 6:18 AM