Getting married in the original lace thong: The Second Notebook 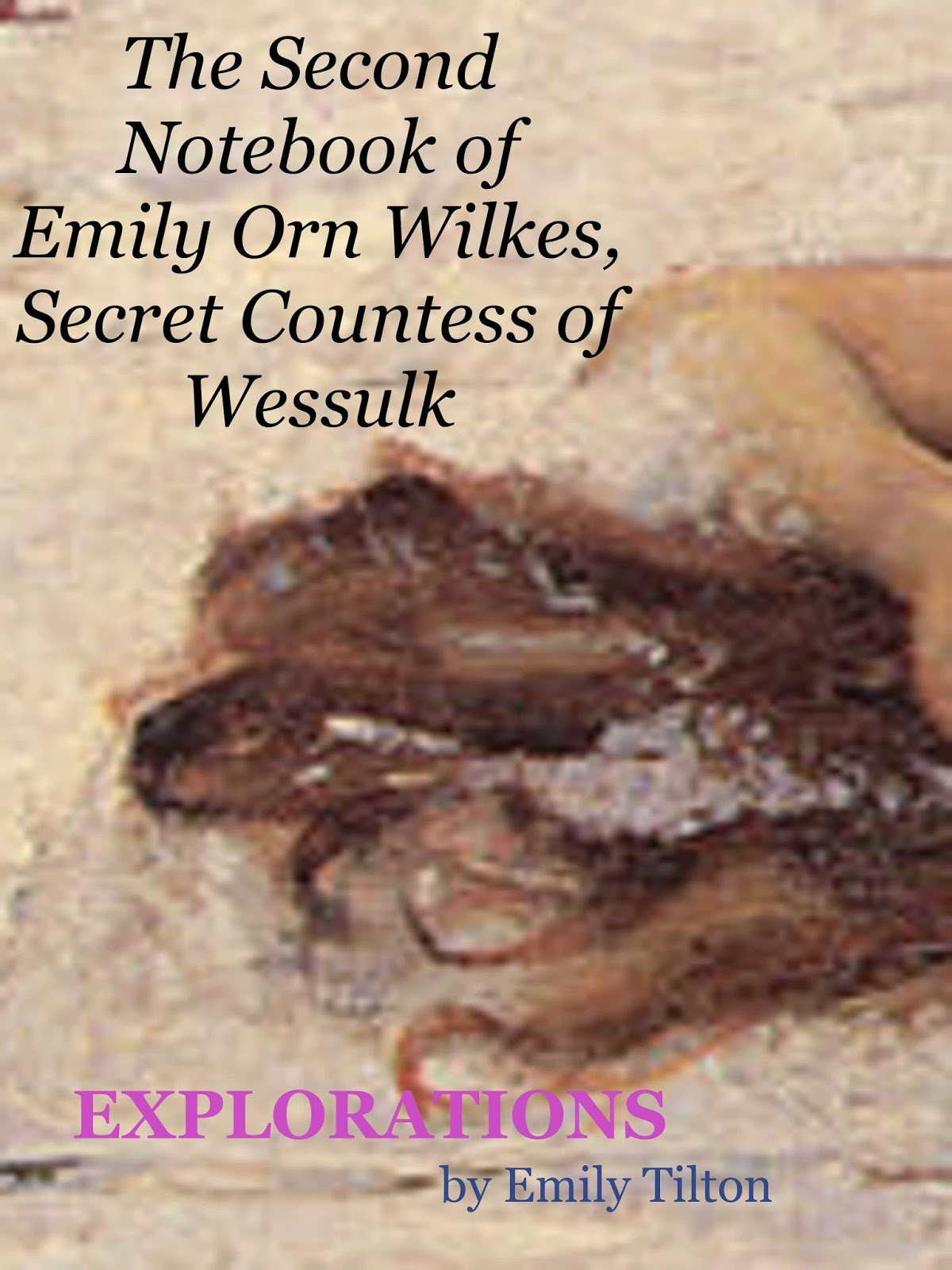 Confession time: the entirety of Victorian Emily's story is an elaboration of a day-dream I had about a Victorian bride told that her husband required that she wear a lace thong on her wedding night. I called the lace thong an "aide-mari" (husband-helper) and ran with it, a long, long way.

You will perhaps note that this was the first time I had had to walk while wearing the aide-mari. Everyone loves a bright-eyed young bride, I think, and I assure you that my eyes were bright on my wedding day; they could not have been otherwise, such was the agony of the garment my bridegroom had imposed to remind me to whom my virtue now belonged. I took small steps, because that lessened the pain somewhat; but also because the aide-mari, even when covered by crinolines and corset, makes one feel that one’s charms are terribly exposed to view, and that only a small step will prevent one’s most intimate secrets from being revealed; finally, and perhaps most importantly, because the aide-mari was designed with an ingenious quality to which only one who has walked in the garment can attest: the narrowing of the lace front panel at its base, when properly fitted, occurs at precisely the point where its remaining outside the bridal virtue is always in question; at every step the lace threatens to work its way into the bride’s untried furrow, or the wife’s virtue. Small steps barely manage to keep the narrow inward-urging lace at bay; a single large step allows the lace immediate and sudden entry, at which the wearer almost invariably gasps, and must excuse herself to the powder-room; if she is, on the other hand, at the altar, in the middle of her wedding-vows, she must bear the unique sensation, and find a means of concentrating on those vows rather than the excruciating, lewd sensation in her loins. This entire effect is greatly magnified, you can understand, when the aide-mari has been tightly fitted, as mine had been.

Here's the blurb, and you can click to buy the book. How convenient!


When the door of the coach had been closed by the footman, and I had waved out the window to my receding family, and then sat back, looking down at my hands, folded in my lap, I began to weep, very softly, with the sheer excess of emotion. Edmund reached over and took my hand in his. I turned my head to look into his eyes, and to my great surprise found them kindly.

“I realize,” my husband said, “dear Emily, that I won your body with my cheque-book. It is now my fondest hope that I might win your heart with my affection. You are the loveliest creature I ever saw.” With his right fore-finger he lifted my chin, gently; he bent his head, and our lips met for the first time. His kiss was tender, but somehow commanding, too, and it made me shiver. “Thank you for making me the happiest man in the world today.”

Despite myself (for you will not be surprised to hear that I had decided he was a monster, and had not been dissuaded from that view by his pleasing demeanor all that day), I was touched by his words, which seemed sincere. Given the utter invisibility of the great drama from the conventional world to one who is not party to the different reality beneath, it had not seemed strange that Edmund would be perfectly pleasant in his address when my family were present; but now, I had supposed, the next scene of the drama was to begin. I will confess that a part of me was impatient. “Why then have you degraded me in this manner?”

NOTE: This book comprises material previously published in the following books: Emily's Fitting; Emily's Victorian Bridal Chamber; Emily, Bedded; Emily's Shameful Ride; Emily's Return to Smith's; Emily's Victorian Honeymoon; Emily's Victorian Wedding Trip; and EXPLORATIONS: Books 25-28. I here present them as a continuous story and without the intrusion of the modern narrative of my fantasy-narrative, for readers who might be more interested in this Victorian material.

This book of EXPLORATIONS contains fiction elaborating the following sorts of fantasy that you may wish to avoid: Mf, ff, Ff, spanking, mild watersports. It's intended for over-18 audiences who, like me, are interested in exploring the lines between pleasure and pain, dominance and submission, and fantasy and reality. All characters depicted are consenting adults.