Space breeding!—what Emily is up to 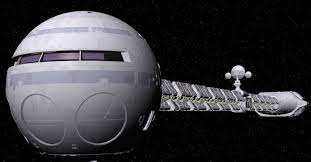 Heather released Beth's hair, and pushed the chair back. She stood up, smiling down at Beth's renewed puzzlement. Keeping a new maenad guessing, and reinforcing her natural—and correct—impression that she dealt with a kind of woman very, very different from herself and in many ways vastly superior to her, represented one of the most important goals of Heather's initiation ritual.

Arousal, too, had a vital role to play, and now Heather moved around the spanking bench to Beth's rear. Beth turned her head to try to see what her mistress would do, but Heather said, "Eyes forward, girl," and gave a sharp spank to the middle Beth's cute little backside, presented so charmingly and so nicely opened by the construction of the bench—Erika's design, of course.

Beth gave a little yelp, and turned back to the wall in front of her, where, if Heather guessed correctly, she noticed now for the first time a picture of a satyr and two maenads. One of the maenads wore a strap-on, and it was that one who had penetrated the other's anus, while the satyr had stuffed her mouth full of his enormous cock—a penis, as always with horse-tailed, goat-like satyrs, of ambiguous humanity.

Heather returned her hand to her new maenad's backside, but much more gently now, rubbing lightly with her fingertips until she had spread the girl's wetness all up and down the furrow of her young cunt. Beth gave little questioning cries, and then she moaned long and low as Heather bent down and let her feel for the first time what an experienced tongue could do. She had the urge to get the strap-on that instant, so bewitching did she find the girl's responses, but there still remained a little bit of lesson to get through. She stood and returned her fingers to Beth's clit, just keeping her going as she continued to speak.

"You see," she said, "you relict girls grew up knowing that you would be inseminated, and bear children. Elite women grow up knowing that they will shape the future of their community. They like to fuck, most of them, but they don't really like to fuck in the manner men want to fuck them, for the most part. A few elite women—like me—don't mind being fucked that way so much. Your new friend Gretchen's master fucked me that way, once upon a time, and I enjoyed it."

Little sounds of pleasure came from Beth, as Heather pressed her middle finger, well lubricated with the girl's arousal, against the little anus. "I even like being fucked here, from time to time." She pushed the finger in, and Beth whimpered in response.

Early June, I'm guessing.
Posted by Emily Tilton at 9:01 AM