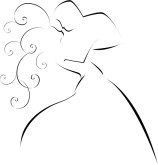 The whole story so far can be found here.

At least Kay relented a little after she had tanned Lori-Anne's hide good and properly. Lori-Anne was allowed to try on the veils, though the experience felt bittersweet. Kay had called Joe to tell him about Lori-Anne's spanking as soon as it was over, and Joe had told Kay to put him on the phone with Lori-Anne.

So as she tried on the beautiful lacy veils, and even as Kay praised her for looking so very Christian, and so very pure, Lori-Anne couldn't help feeling her already tingly bottom tingle even more as she thought about how Joe would whip her that night.

On the way home, Kay was very talkative, the way she often seemed to be when she knew that Lori-Anne had a punishment coming.

"Now your mama will be at the wedding, won't she, sweetie?" Kay asked. "She knows about how you're Joe's little Lori-Anne now, and not her son anymore, doesn't she?"


Read all the taboo you can!